When it comes to a great potato side dish that is loved by all, you can’t go wrong with this Hash Brown Casserole. Imagine twice-baked potatoes, without all the work…with a creamy, cheesy texture and potato and onion chunks that aren’t one bit mushy or mealy. A southern staple, this side dish is special enough to serve with a holiday dinner and simple enough to serve during the week for a family dinner. But be prepared…there WILL be leftovers and that’s one of the best things about making this dish — the left over casserole reheats wonderfully! 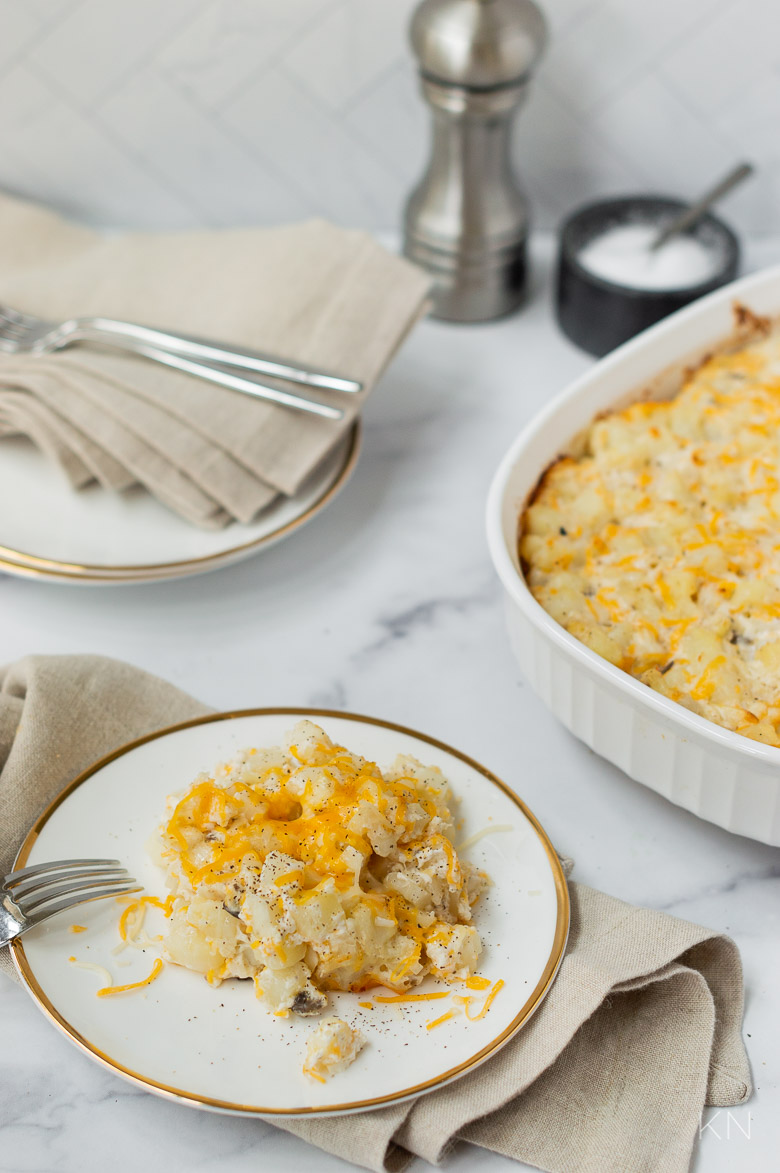 WHAT INGREDIENTS DO YOU NEED TO MAKE CHEESY HASH BROWN CASSEROLE?

This casserole includes ALL of the good things and many are staples that you probably have on hand in your fridge and pantry. The simple recipe includes… 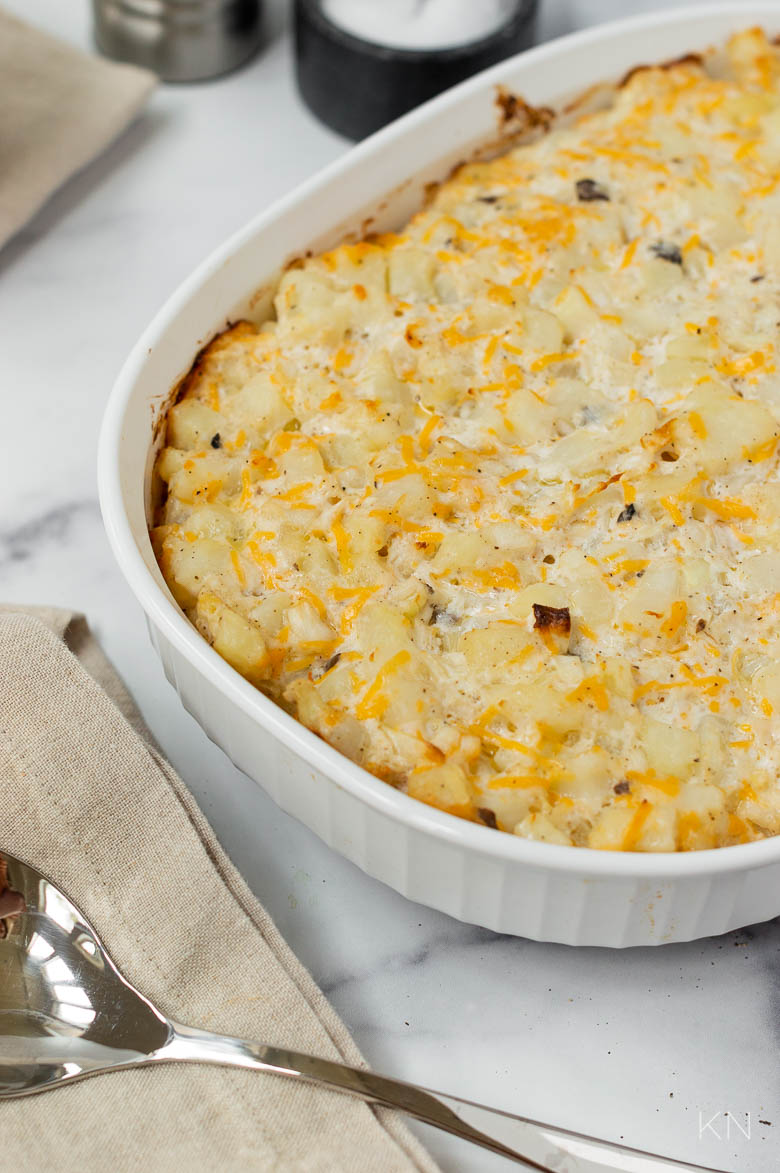 CAN YOU MAKE HASH BROWN CASSEROLE AHEAD OF TIME?

It can definitely be made the night before and kept in the fridge until you’re ready to bake. If you plan to add a crunchy topping (like corn flakes,) simply add that, with melted butter, prior to baking.

CAN YOU FREEZE HASH BROWN CASSEROLE?

Since the base of Hash Brown Casserole is frozen hash browns, you may freeze (unbaked) for a short period of time. This is a great time saver in the following weeks, if you’re serving this dish as a component to a more involved dinner that requires lots of cooking  and prep the day of. 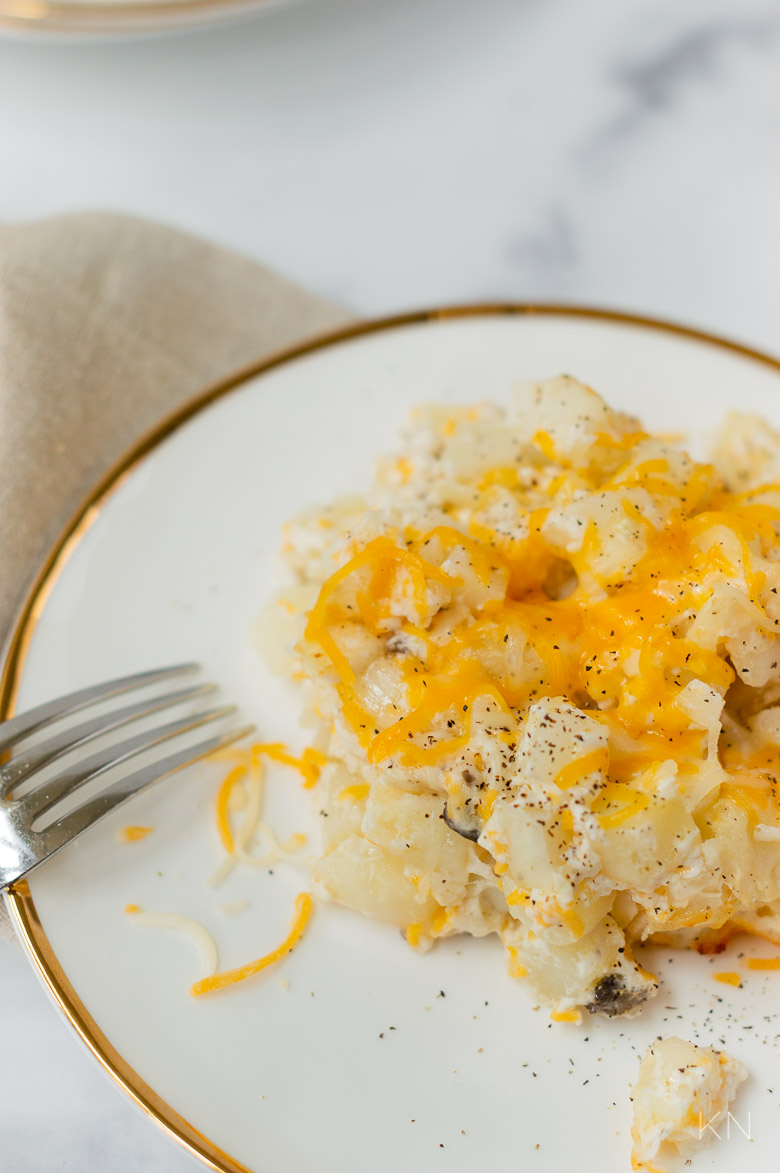 WHAT TO SERVE WITH HASH BROWN CASSEROLE

This casserole side goes great with virtually any meal that you would typically serve with baked, fried or mashed potatoes. Some of my favorite meal combinations that meld well with the casserole are:

HOW TO MAKE HASH BROWN CASSEROLE

Pin the below recipe, or save for later! 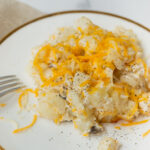 This Hash Brown Casserole is a true family and friends favorite! It's made up of all the good things -- potatoes, onion, cheese and more. This recipe is a wonderful side dish to go along with any meal and is a rave whenever it is served.

A topping of crumbled corn flakes, followed by a drizzle of melted butter (1/2 stick), may also be added to the casserole prior to baking, if you're feeling extra "fancy!" 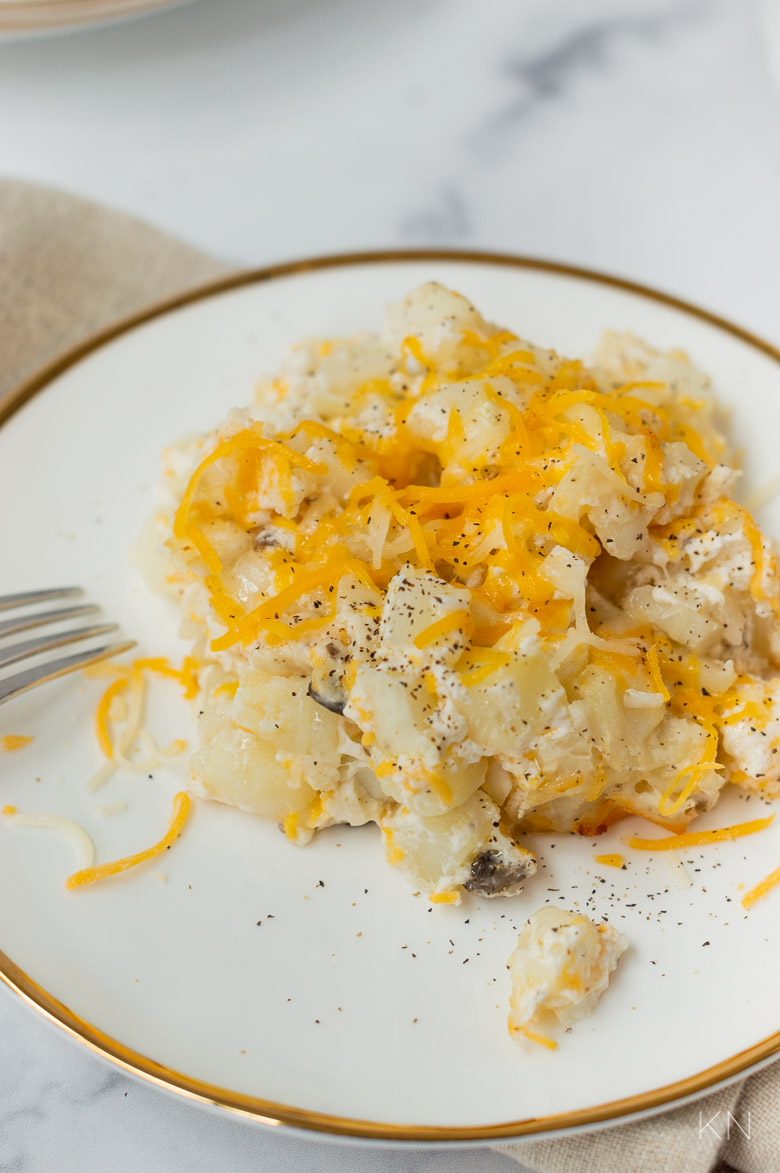 Can You Use Other Potatoes?

Yep! But for fresh, you would need to do your own experimenting; we always use the frozen. You can also use frozen shredded potatoes, which is probably equally as popular as the frozen potato chunks. 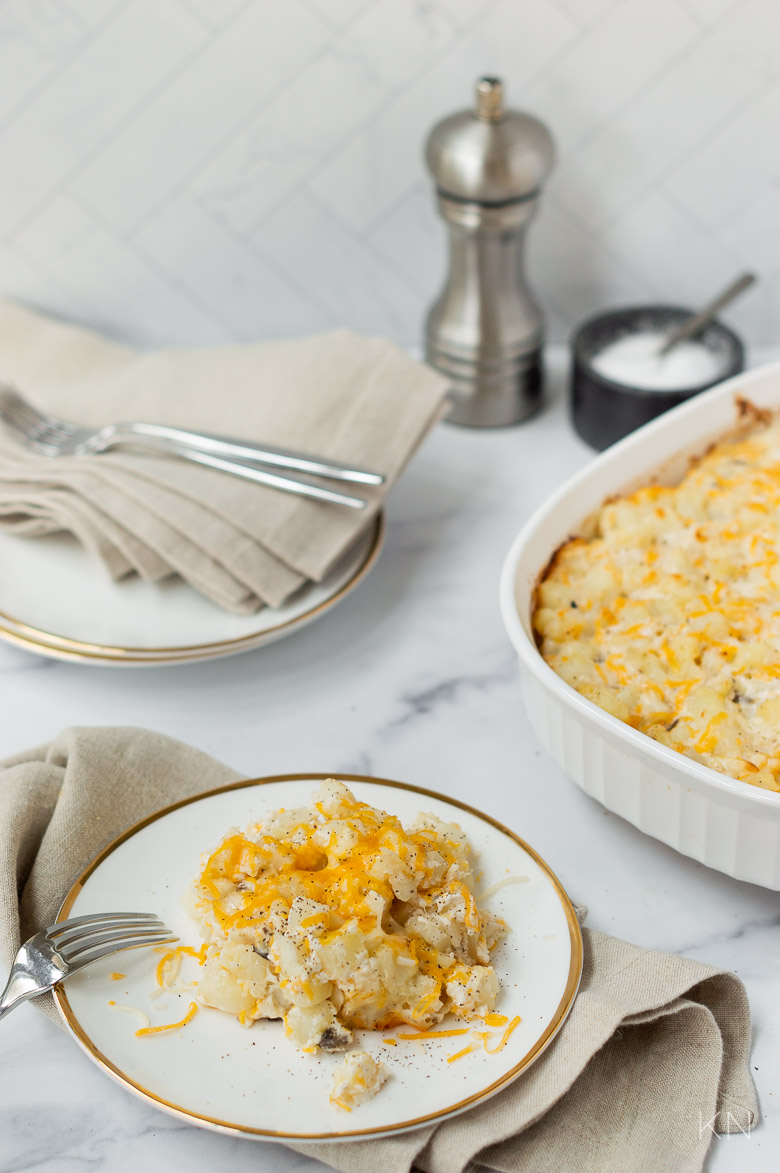 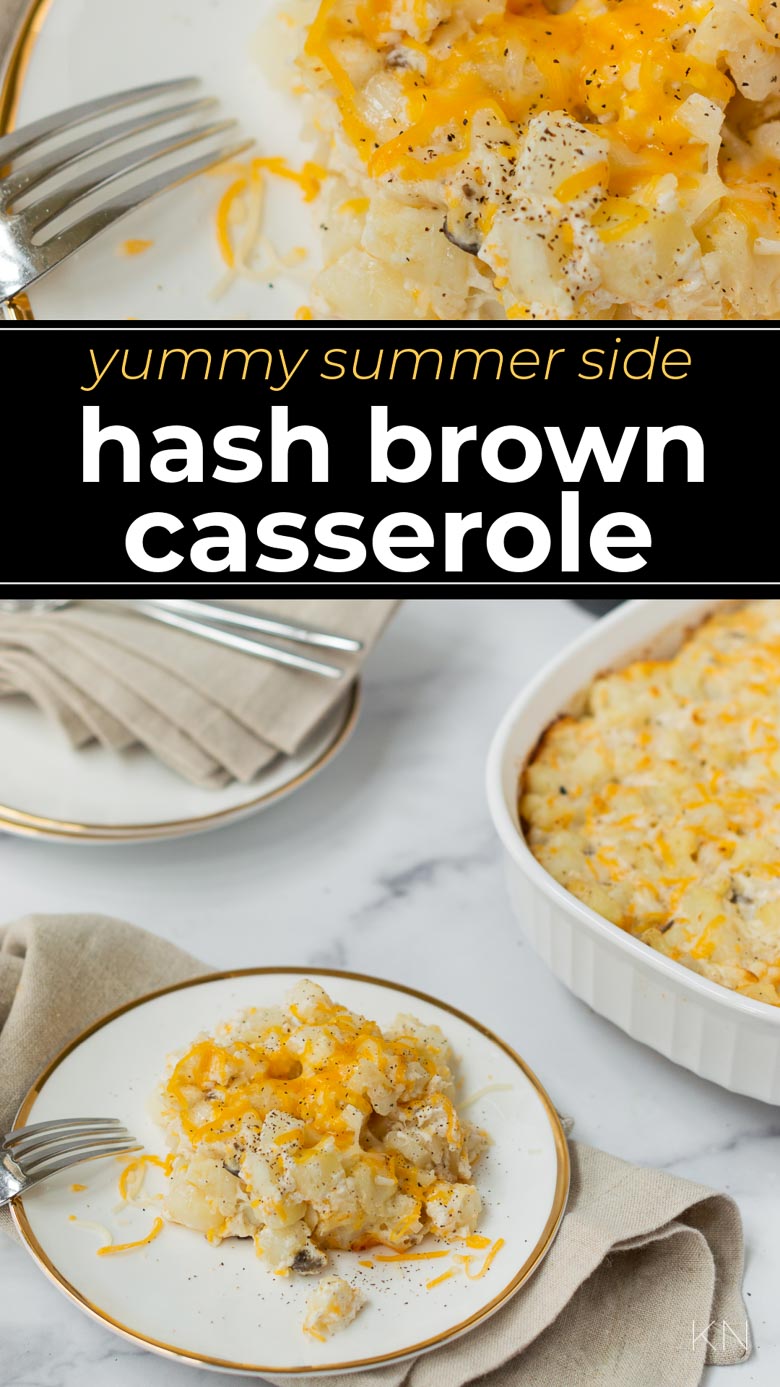 Tap the images below for more details or to shop. 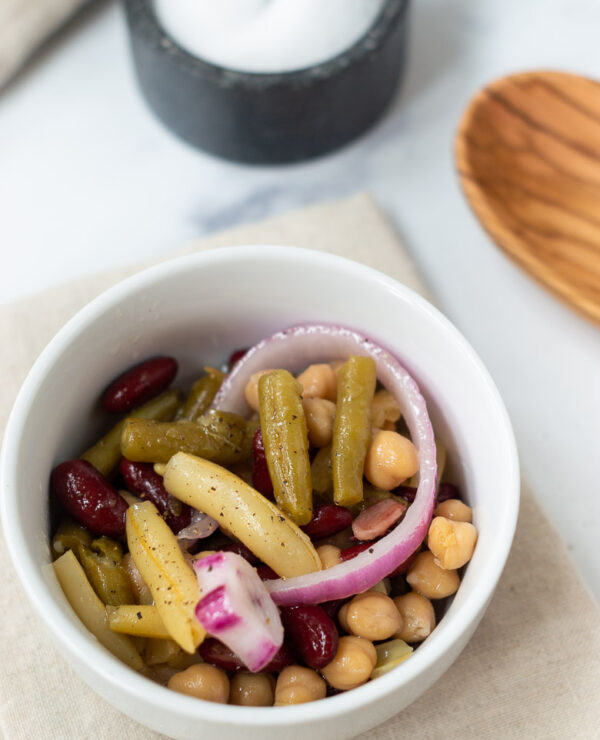 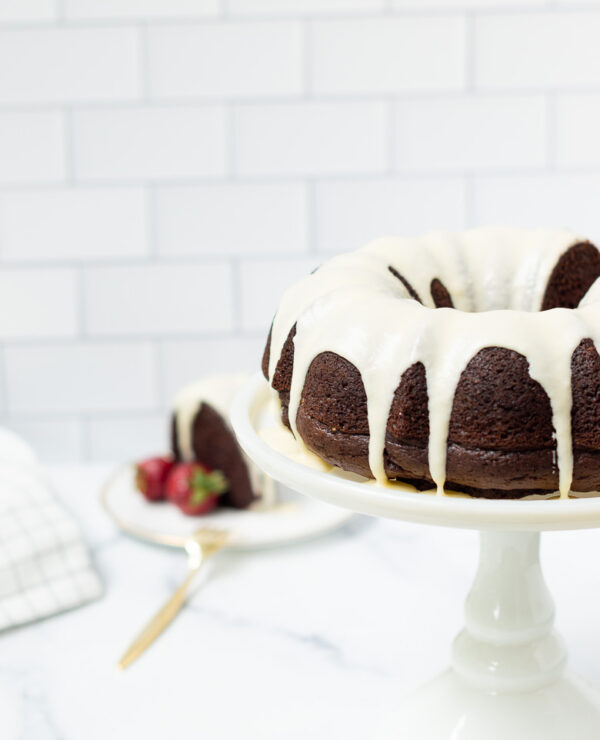 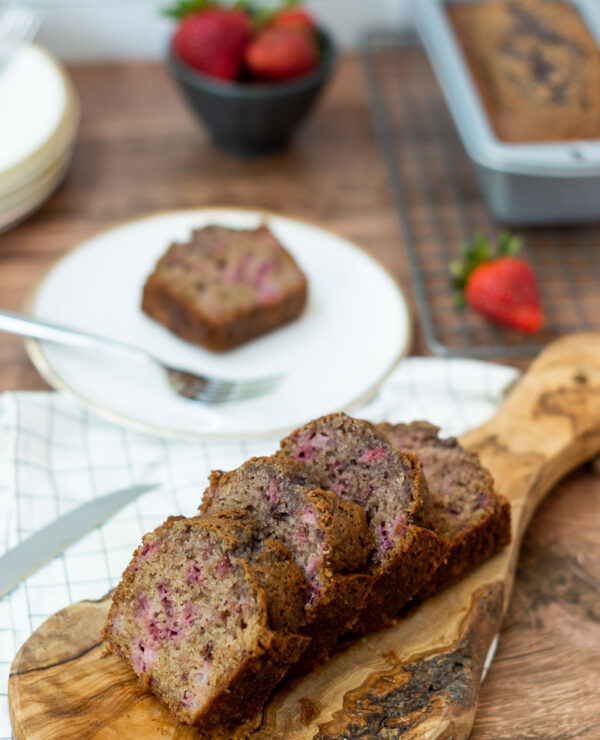